Hey everybody. I know it’s been a while since the last update and it’s time to get back into blogging again. Since the last post, I finished out 2013 with a strong finish in the season finale at Gravel Grovel down in India and I managed to win the men’s open American Ultra Cross Series! It was a big season goal of mine and it came down to a super close finish in the points between me and Brian Toone from Alabama. Brian is a super tough competitor and I’m anxious to get more chances to race with him in 2014. You can follow him over at toonecycling.wordpress.com
Since then I’ve gotten back into the swing of training and despite the weather, I’m still managing to get the hours in. With all the snow we’ve been getting, I decided to switch up the routine a little and get back into the gym. I’ve been hitting the squats pretty hard with my buddies here at work. There’s nothing like heavy sets of squats to cripple your legs for days. I needed crutches to get around the first couple weeks. It was pretty bad.
Things are coming together on the sponsorship front. 616 Fabrications went through some structural changes along with new ownership which sort of took the team for a loop.
The dream team assembled in 2013 will sadly no longer be together. After the dust settled, it left me as the only returning team member from 2013. But I’m proud to say I’ll be fully backed again by Michigan based 616 Fabrications for 2014. 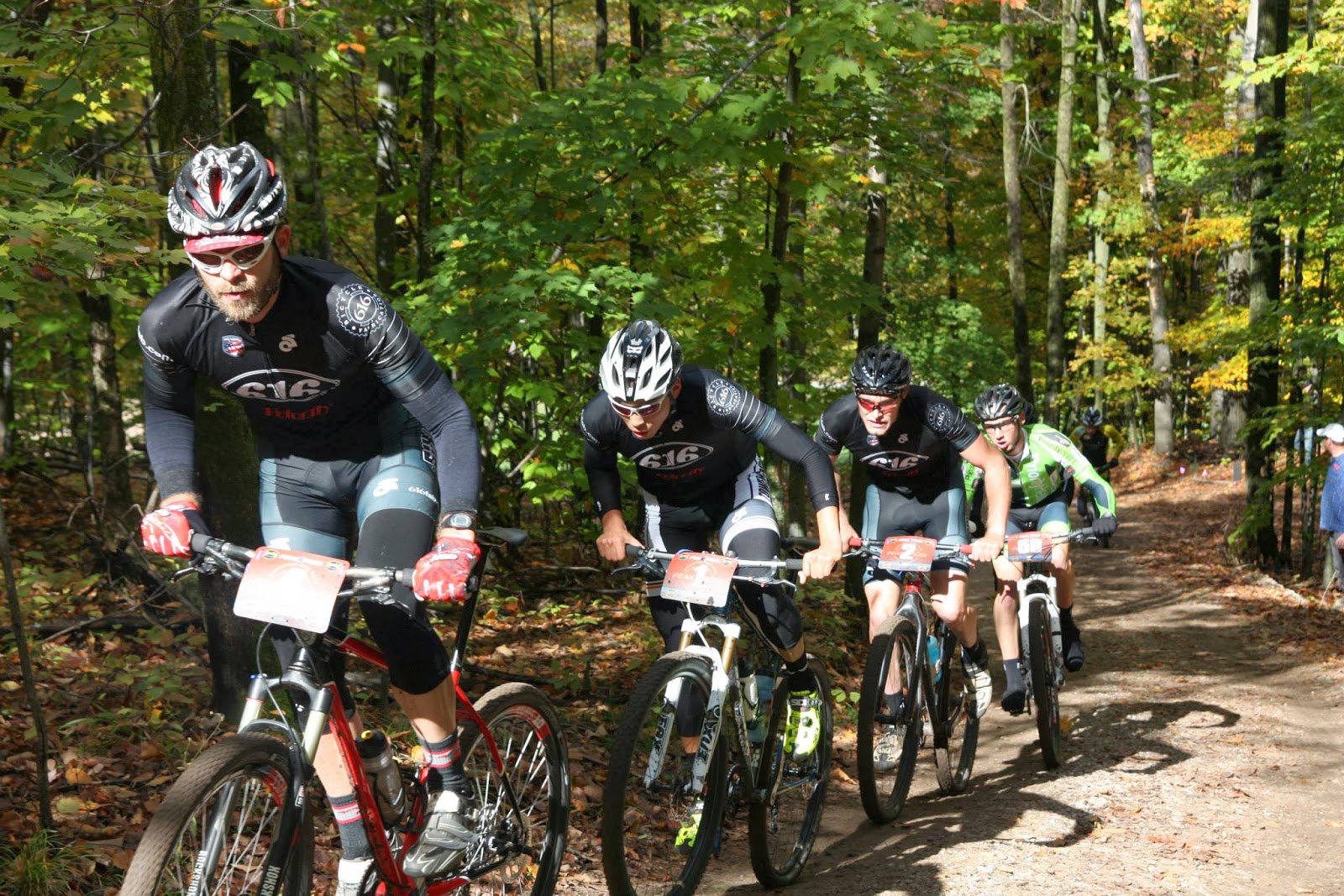 I posted this pic of us racing at The Peak to Peak MTB race held at Crystal Mountain Resort this past year (reminder that registration opens this weekend. It’s a great race and I highly recommend it if you haven’t tried it yet.) It was one of my favorite days on the bike ever as me, Jordan Wakely, and Cole House executed a 3 man team time trial breakaway all the way to the finish and took all 3 podium spots. I’ll never forget it and I’ll keep this memory with me as long as I ride a bike (which is hopefully forever). It was awesome. Two great team mates and friends who I’ll always stay in touch with. It was a very special team assembled for 2013 and we had a season that will be very hard to top.


Also coming back is Velocity wheels. I loved my A23 Pro Disc wheels so much last year, I asked for the same exact wheels this year. They mate up perfectly to a 35-40mm wide CX tire used for Ultra Cross, and they work great tubeless too. They’re hand built wheels by the Wheel Department right here in good ol’ Michigan… which is also where I was born and raised, so naturally I have a little Michigan pride theme going on with my bike.


I’ll also be using Infinit nutrition products for all my racing and training fueling. The stuff is great. Buy it, use it… end of story. You’ll also see Whiskey Parts handlebars and forks on my bike and there’s talk of Challenge Tires getting on board too.

So that’s enough of the updates for now. My first race of the season is Southern Cross down in Georgia on February 22 which is also the first race of the American Ultra Cross Series. The fire is stoked to start racing again and can’t wait to get down there. Hopefully some warm weather rolls thru! Other than that, keep the rubber side up and we’ll see you out there on the trails soon. Thanks for checking in.
Posted by simonster at 11:37 AM

You are a Badass! Thanks for the Inspiration.