Well... after a tough race at Boyne, I felt I was prepared to take on Breckenridge... at least I thought I was. This was my first trip ever to Colorado and the Breck 100 was the perfect way to experience a full sampling of what mountain biking in Colorado is all about. It was worth every penny Michelle and I spent to get out there, including the $175 fee (one way) to bring the bike on the airplane... ouch! Here we are on top of Loveland Pass. 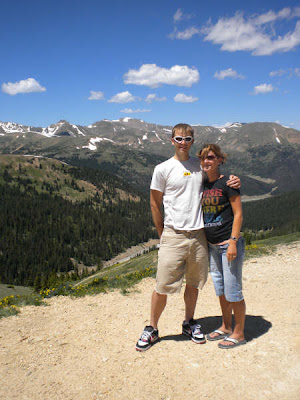 There's no words to describe how beautiful Colorado is, you just have to experience it. The weather was perfect and the trails were dialed. 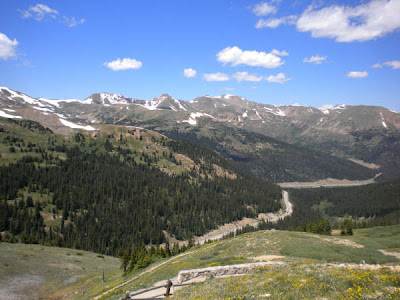 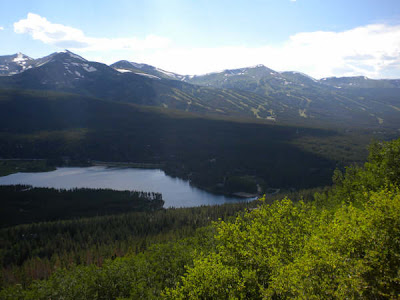 I was blown away by the scenary, as well as by how tough the mountain biking is. The Breck 100 is easily the hardest hundred on the circuit, and with no acclimation to the altitude, it was almost a suicide mission! I wasn't really sure what to expect with the altitude and all. 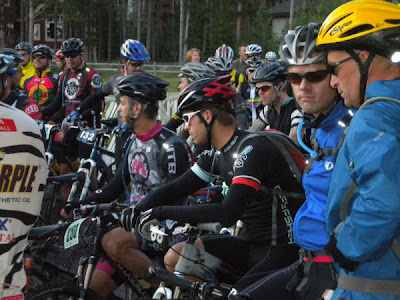 The start was a neutral roll out, but as soon as we hit the base of the mountain, Schalk and Tostado ramped it up and left a wake of gasping racers... including me. I quickly hunkered into a rythem and pushed my way up Wheeler Pass. As we near the top, the trail gets a little sketchy. One slip of your balance and you could go rolling head over heels 1000's of feet down the mountain! Comming down Wheeler is some of the knarliest mountain bike trail I've ever ridden. My brakes were squeeling! After we descended, we hit this slightly downhill paved bike path. I wound out my 38-11 and caught back up to 3rd place. I'd sit with a group until the end of the 1st loop.

2nd loop was a real lung buster. I distanced myself from the group and I was alone in 3rd all the way to the top of the first climb. Then... I flatted. Thought the Stans would seal it, but not luck. I stopped and threw in a tube, while I watched all my hard work on the climb dwindle as a few riders passed me. Soon after on the descent, I took a wrong turn losing 10 minutes. Loop 2 was the hardest with two tough steep climbs.
Going into the feed zone for the 3rd loop had me surprised. 4th and 5th were also in the feed zone. Michelle and I quickly traded camelbacks and I was out before the other two sitting in 4th. It wasn't long before the fatigue really began to set in and I couldn't hold the pace up the climb to Boreas Pass Rd. It was extremely steep in sections and I was starting to fall apart. The rest of the 3rd loop I spent alone except for the section of dirt rd before the final ascent up Boreas Pass were I rode with 5th for a short time, but eventually ended up finishing at 9hrs 49 min in 6th place. Apparently I won the 19-29 age group, but didn't realize this until we got home Sunday. Oh well. 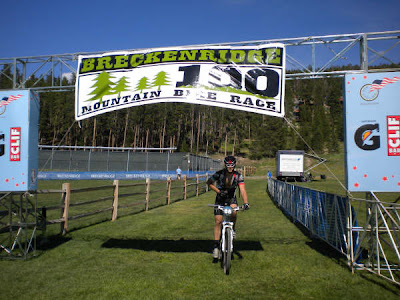 Overall, it was a long tough day in the saddle. 10hrs and over 13,000ft of climbing, all over 9500ft of elevation maxing out at 12500ft. Not to mention the singletrack was pretty buff. I'm glad I did it though and it will help toughen me up for the rest of the NUE series races. Next on the schedule is Wilderness101 in Coburn Pennsylvania. I suffered pretty badly there last year. Hopefully this year I'll a little better prepared. 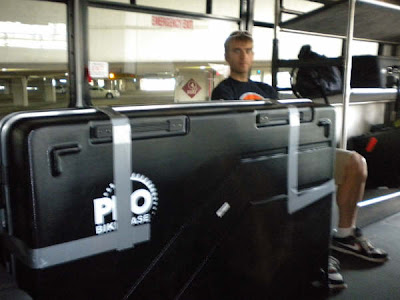 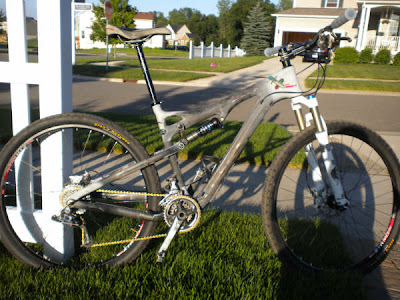 I'm very fortunate to get to test one of the first Superfly 100's off the production line. So far so good. This bike rocks! 22 lbs as it's setup right now... for a full suspension 29er! I'll give it a good shake down at the Boyne Marathon this weekend, then it's off to Breckenridge for the 4th stop of the NUE Series.
Posted by simonster at 5:15 AM 1 comment: