Iceman is just around the corner, then the 2010 season will officially be wrapped. Managed to keep the legs turning over through October by getting out to two great events in Northern Michigan for a couple race tune ups, the Crybaby Classic, and the Peak to Peak. If you didn't get a chance to partake in these two events this year, you really missed out.
The Cybaby is a super fast course with enough climbing to well... make you cry. These guys did a great job with this event this year, as well as putting together a killer course. Mike Anderson throttled it super hard on the Crybaby climb, and that's all it took. That saw me seeing stars and almost rolling backwards while trying to recover from the all out V02max effort. I'd eventually work my way back to 3rd by the end, but it was after a hard effort on the last lap to get ahead of Chad Wells and Cameron Walters. Great event. We had an awesome time. 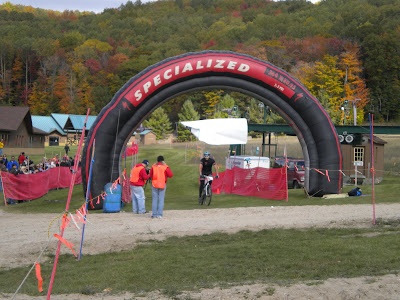 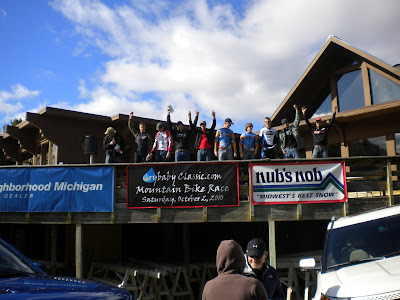 Two weekends later, we were back up North to take on the Peak to Peak. I'd won it the past two years, so needless to say I had a target on my back. The first lap went well... until we reached the equalizer climb at the end of the lap. This climb just to seems to grind on and on. You turn one corner thinking you're almost to the top, only to turn another corner staring at another pitch. I attacked at the bottom, which proved to be a mistake as it left me struggling on the upper slopes. It was the mighty Manderson again who managed to pop me before the top with a strong Derek Graham in tow. I battled with Chad Wells the rest of the race and managed to get away after Chad bobbled a tricky little corner to finish on the short box. Another wonderful event put on by Endoman Promotions which seems to get better and better each year. The weather was awesome, the course was dialed, and competition was hot! 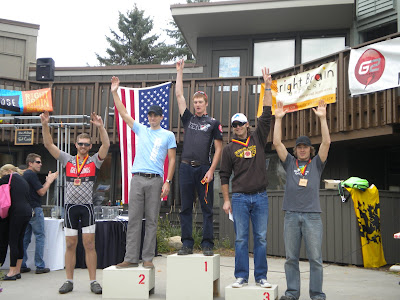 Two races under my belt and a few more tune-ups should see me in good shape to take on the season finale. There's no doubt Manderson and Graham will both be going strong, as well as the other dozen top gun pro's coming from all around the country including both the past US Olympic MTB athletes. The start line will be loaded with talent. Wish me luck! 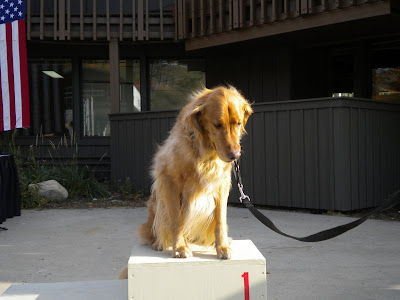