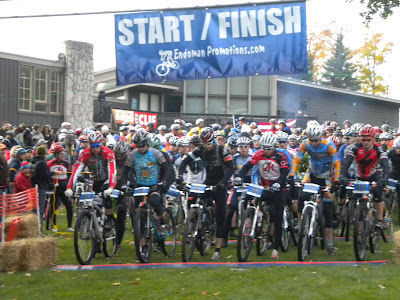 Back again for the Peak to Peak fall classic. This year the race grew with almost 500 racers in attendance. This race has a little bit for everyone. Fast technical downhills, long flat power sections, lung busting climbs, and not to mention a beer tent. Nice! Endoman promotions did a great job with the venue and with bringing in tough competition. 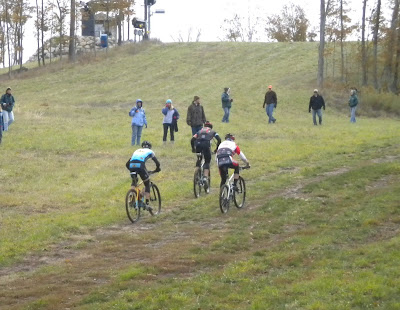 The first lap went out with a bang as Anderson attacked like a maniac about half way through which pulled out me and Derek Graham... very similar to last year. Derek pounded away at the pedals up the back side of the ski hill on lap one. We would trade pulls all the way to the middle of lap three where Derek and Anderson got tangled up with a lapped racer. I steered around the tangle and kept moving on. Anderson bridged shortly, which left just the two of us to duke it out on the last lap. 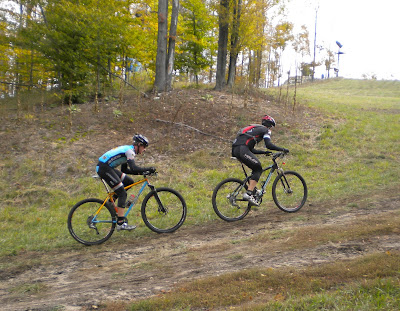 It came down to the final ascent up the ski hill on the final lap where I distanced myself from Anderson on the early slopes, and kept a little gap over the top. I kept the pressure on through the downhill and rolled in for the win! 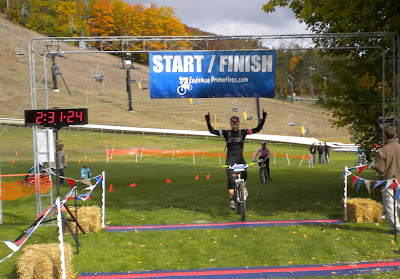 Getting the win feels great coming into the final weeks of the Iceman preperations. It was a long race at just over 2-1/2 hrs, so I think that may have played to my benefit. 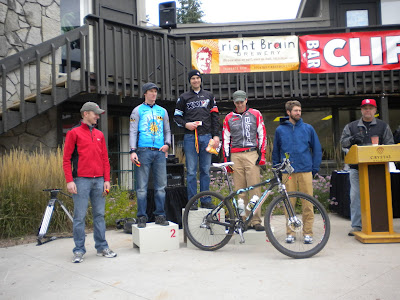 Thanks goes out to Endoman promotions for putting on another great event to add to the fall classics in Michigan. The legs are coming around and I'm feeling good for the final show down of the year at Iceman. I cant wait!
Posted by simonster at 3:45 PM 4 comments:

Peak to Peak is this weekend! Been looking forward to this one. Rumor has it that Pro's are doing 4 loops for a ball busting 44 miles. Get yur camelbacks ready... it should be a fun one.
Posted by simonster at 4:50 PM No comments: